Emoticons, Emoji’s and ASCIIart – what they are and how to use them on Twitter

I’m mindful that you must never rest in finding ways to stand out from the crowd and it was a very useful post from Buffer which initially set me off investigating into emoticons and emojis.  The article was called "How to Share Like a Social Media Pro"and you can read it in full here

There’s lots of useful advice here but the sub heading that caught my eye was “Eye-catching formatting of your social media posts" where they said “Tweets and posts like these (below) do such a great job of standing out in a feed, similar to the effect of a photo. If you don’t have an image to share, sometimes an emoji, emoticon, ASCII art, symbols, or even a simple line break or two can add the same effect” 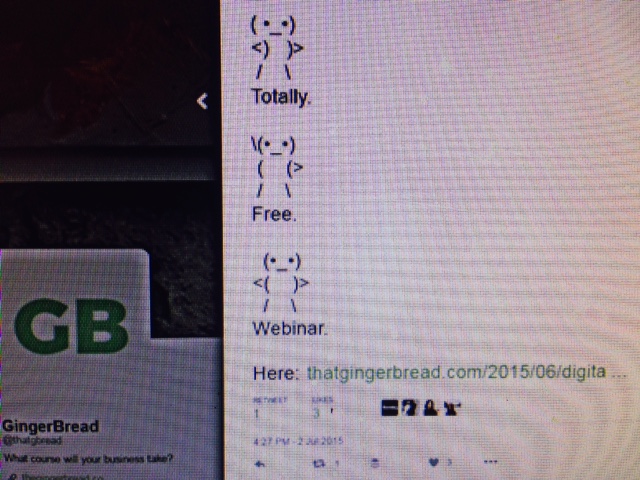 The first thing I realised was that I didn’t actually know the difference between an emoji and an emoticon. Actually this was not just down to my age (!) apparently people do incorrectly use the words interchangeably but in fact  an emoticon is a text version of a facial expression. Like the smiley I love to use :-)

These were apparently started in the early 80’s with the word emoticon coming from emotion icon.

Emoji’s however are actual pictures - for example the well used smiley face available to use when commenting on things on Facebook, Instagram or Skype

I have long since used animated gifs on Twitter and I have used emoticons but I had not previously used emojis and it couldn’t be easier since a Twitter update allowing you to do just this was rolled out in July 2016.

All you have to is log into Twitter, type your Tweet direct or into your scheduler and then copy and paste your selected symbol from an emoji site like emojikeyboard or emojipedia You will, of course, see the symbols on here described as "Twemoji's"!

Now, at the time of writing there were over 1800 Twemoji’s  available to use but NO RUBBER DUCKS so using Twemoji’s might help my tweets stand out but won’t reinforce my branding.

to entire pages of text creating amazingly complicated images. There are even picture to ASCII generators like picascii  waiting for you to have a play...

Inspired by some simple little images I found out that I can quite simply create:

I also managed to create a whole duck which is 20 characters but, being on two lines, it proved difficult to replicate on this blog post so you'll just have to follow me on Twitter via @janebuswell to see me using it!

It may be quackers but I bet I’m noticed which is of course half the battle in marketing. Do get in touch if you’d like to explore other ways to stand out from the crowd.