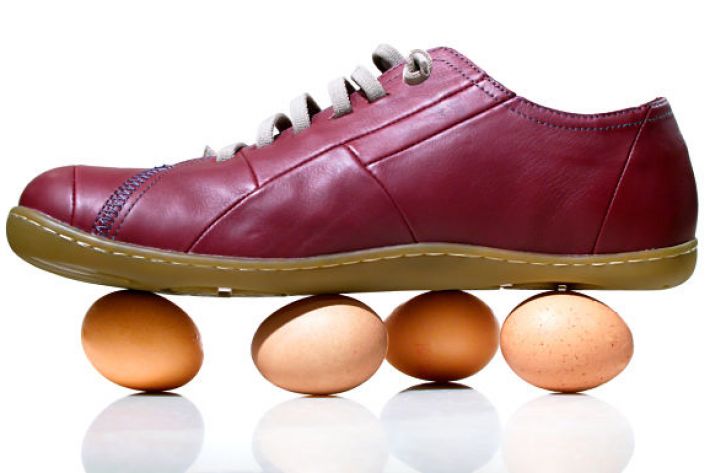 Of course, we should not seek to upset anyone through our marketing communications,  but never have we walked on quite so many egg shells in terms of political correctness.

I recently saw a post on Facebook where a guy was asking advice about how to handle a woman he had inadvertently put into "very cross indeed" mode.

As usual there was a heated flurry of posts coming down on both sides (sigh) but IMHO, it was a bit non-HR taking someone publicly to task for congratulating her (!) Also, if she didn't want to be referred to in this way she should not perhaps have entered an award called this in the first place.  Is it me?

However,  in the same week I had a LinkedIn request from someone who described himself as "helping successful female consultants  (*within a certain sector) to increase profitability... by managing the financial aspects of business growth ..."

Oh dear, I won't be linking to him as it felt like he was implying that I probably wouldn't be able to apply my pretty little head to managing the financial aspects of business growth.

I'm sure he didn't mean that at all, is probably a very nice and highly skilled guy but oops he has missed the current social nuance of women calling out bad practice in the workplace and of the rise up against "mansplaining"

I do love this word which has the definition "to comment or to explain something to a woman in a condescending, overconfident and often inaccurate or oversimplified manner"

We've all been there.  In fact I recently experienced this during a round of crazy golf (of all things) and am delighted to report that I beat the Mansplainer after he failed to do what he had just advised me to do. But I digress...

My point is please review your marketing materials if they have not been recently updated and try to ensure that you're not going to unwittingly cause offence.  This is all a bit mad  - I saw a great marketing headline on this subject "How political correctness went from punchline to panic"

I have been unable to identify a resource which helps keep you on the right pc track so the best I can currently advise is to try not to let extreme views from paralysing your marketing communications but beware of trying to look superior and perhaps put a disclaimer on your website. There are a few ideas on here

I hope this helps!  Has anyone else got any suggestions?