No 11. - Memes for Marketing and looking for a free meme generator 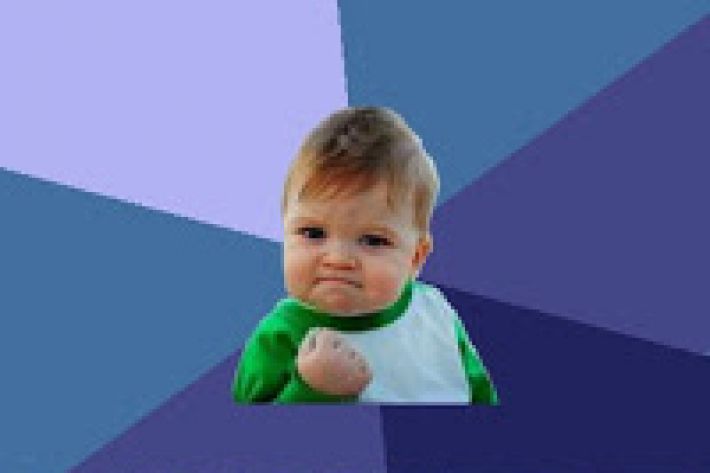 Marketing memes have been increasingly adopted by companies wishing to promote themselves in a light-hearted way.  But what’s the thinking behind them and which is the best free meme generator? This is a popular topic - over 1200 people have already checked out this post!

Apparently it was the evolutionary biologist Richard Dawkins who first introduced the word “meme” in his book The Selfish Gene written in the mid 70’s.  It actually stems from the Greek "mimema" meaning “something imitated”

This is because the concept spreads from person to person across the internet and often includes spoofs of the original as well as a play on words in the form of deliberate misspelling.  There is an absolute plethora of memes on Pinterest of course not least those using the infamous Grumpy Cat like this: 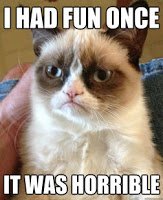 However, it’s not just individuals using these for amusement they are often employed in marketing. Like this:

Essentially this is about companies being quick off the mark to tap into a socially popular concept and using a meme maker to create a cost effective marketing  tool which can be used to put a company’s message across in an engaging and current way which encourages social sharing.

Both of these things are of course great attractors!

This endearing little chap is often used to depict frustration or success and by by Feb 2011 there were nearly 70,000 "Sammy" memes out there. Even Virgin Media began running advertising billboards featuring a reversed version of Sammy’s  - like this in 2012 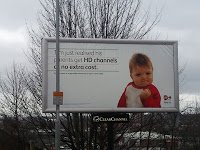 Looking for a free meme generator?

Looking for a free meme maker?  –  there are absolutely loads on the market including those available as downloadable apps which means you can make good use of your mobile phone pics.

Functions usually include resizeable text, templates and popular memes you can tap into.  Having done a bit of a recce across review sites here are some of the most popular:

If you’re working on your PC www.imgflip.com also allows you to add a scumbag hat (!) or your own image and claims to be “the fastest meme generator on the planet”

Free-meme-Creator for Windows has a simple interface, has great feedback about the quality and talks about the ability to specify the colour palette to suit your specifications (or branding)

Meme Generator Free offers more than 250 examples with new memes apparently added once a week.  Available as a free app for Android phones it has been highly rated by more than 115,000 users.  Share your memes via Facebook, Twitter, Instagram, Whatsapp, GooglePlu, DropBox and Picasa

Mematic.net for Iphones and Ipads lets you make your own meme add captions to popular images or your own photos or create demotivational posters based on those ubiquitous motivational posters we saw everywhere in the 80’s (!) and seems to have a lot of happy long terms users

I look forward to seeing the fruits of your meme labours!