Weather reports: could purple prose be creating an anxious society? 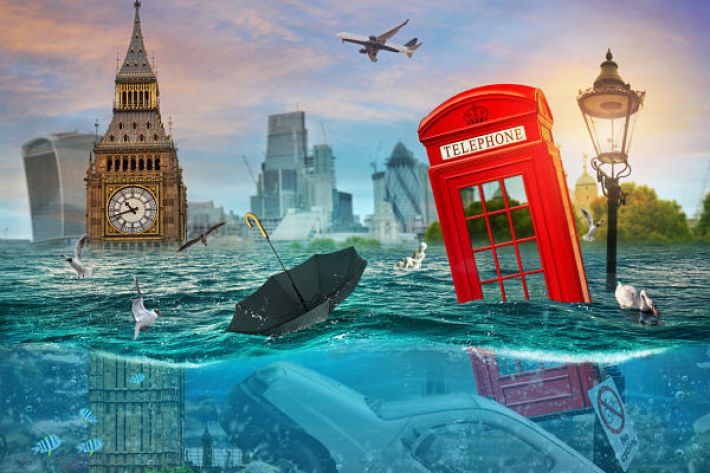 “writing that calls attention to itself because of its obvious use of certain effects, as exaggerated sentiment or pathos, especially in an attempt to enlist or manipulate the reader's sympathies" (thanks Dictionary.com)

Essentially it’s what I would call “melodramatic”

I’m sure they're coming from a good place, but for some time I have seethed at meteorologists raising people’s anxiety levels by the way in which they describe weather conditions. And I was interested to see this being referred to on a Twitter feed between two Australians during the recent heavy rains.

Thanks Vanessa! Exactly right. We’ve had heavy rain in Eastern Australia - now it’s absurdly called a rain bomb!! Exploding rain? The purple prose of someone who scraped through uni. https://t.co/d3z5YmeTFQ

Why has this happened?

I'm not sure what happens in Australia, but here in the UK we have something called the National Severe Weather Warning Service which was set up in 1987 after an exceptional storm

This uses the yellow, amber and red warnings we now see in forecasts

...but I’m not sure that most people know this even today.  In fact in the spring of 2018 the NSWWS decided to elaborate on the way they reported the weather because a user survey indicated that people did not fully understand the yellow amber red warnings.

It was decided, therefore,  to continue using these terms in conjunction with more detail which now includes thunderstorms and lightning warnings as well as the existing rain, snow, wind, fog and ice. We're also given seven whole days and nights  of warning to worry about this instead of the previous five  - see this advisory sheet which was issued at the time

The use of language and how it impacts daily life

I realise that meteorologists are familiar with the phrase “weather warning” but the word “warning” can already raise anxiety levels because we're used to it  meaning that “something dangerous or unpleasant is about to happen” I wonder if they've ever considered using the somewhat less alarming word “alert"?

And look at the language used in describing what comprises an amber warning:

“There is an increased likelihood of impacts from severe weather, which could potentially disrupt your plans. This means there is the possibility of travel delays, road and rail closures, power cuts and the potential risk to life and property. You should think about changing your plans and taking action to protect yourself and your property. You may want to consider the impact of the weather on your family and your community and whether there is anything you need to do ahead of the severe weather to minimise the impact”

“potential risk to life and property” protect yourself and your property”  what is being forecast here = an APOCALYPSE!?

The problem is we're all being subjected to the worst possible scenario which cannot be doing wonders for our mental health – can it? Unfortunately this is exacerbated by constant availability to weather news via our smartphones.

And - in a country where interest in the weather appears to be in our national DNA - we do habitually look to see "What's the weather going to be like today?"  which of course quickly also leads us to the sharing of dramatic weather scenes by citizen journalists in all parts of the country via social media...

Britain is, of course, internationally recognised as having “changeable weather”  Once upon a time the social sharing of weather conditions went something like this:

But now we have doom laden conversations – “they’re expecting snow for six days starting on Wednesday”  or “make the most of the sun, they reckon there will be nothing but rain for the next week”

So what do you think? Is too much detail and purple prose helping to turn us into a nation of anxiety ridden weather watchers?