Out of this world brand purpose 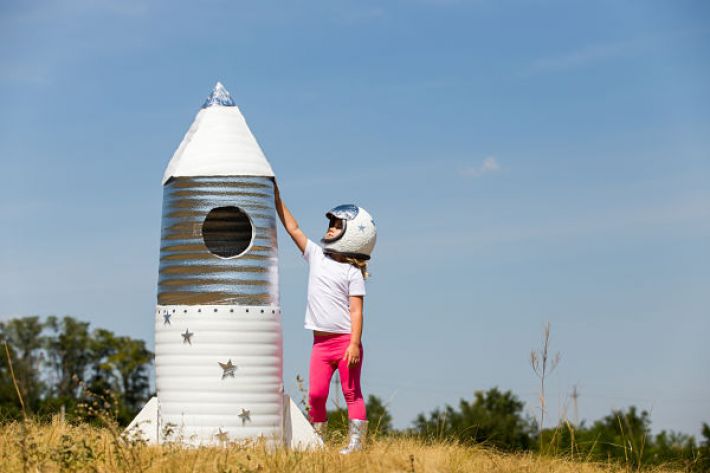 Every brand makes a promise, but it's not just making a promise that separates one brand from another it's having a defining purpose.  A company that looks at the purpose it serves and brings that purpose  to life  (both internally with its staff and externally with its customers) will be the company most likely to beat its competition.

With this in mind my favourite branding purpose story is set during the 1960's when the US government was concerned at the level of expenditure being incurred by NASA's moon landing programme. To see if any economies could be made they sent a team of auditors to the various mission centres, storage depots and launch sites.

The audit team quizzed senior management and always asked the question "So what do you do here?".  The expected response was consistently delivered from these senior guys "We're helping to put a man on the moon".

The auditors continued their assessment of the facts and figures and went on to interview junior managers and technicians to understand all the facts.  The same question was asked and the same answer was given"We're helping to put a man on the moon".

As the auditors travelled across the country interviewing white and blue collar workers alike, they met with the same answer but noticed that it wasn't delivered  as a trite, rote-learned statement. In fact they found that this ethos also underpinned all the subsequent answers given. For example, when challenged to cut costs on components engineers would respond that "this would mean a delay of six months in putting a man on the moon"

My favourite example is of the last man questioned on the last day of the audit.

Allegedly, one of the auditors -  by now heartily sick of the zeal and vigour of the NASA teams - swept out of the last hangar and bumped straight into a janitor who accidentally splashed water from his mop bucket onto the auditor's shoes.  Somewhat irate the auditor demanded  to know why the janitor had to mop the floors NOW while there were still people about. The janitor responded; "We're helping to put a man on the moon and the hangars always have to be clean if we are going to make it."

I think you will agree that this is a great example of brand positioning, aligned as it was to the requirement of the greater audience; riding a wave of positive expectation and genuinely bought into by the whole team from top to bottom to the point where it underpinned all their decisions and actions.

That's the kind of branding to which we should all aspire...